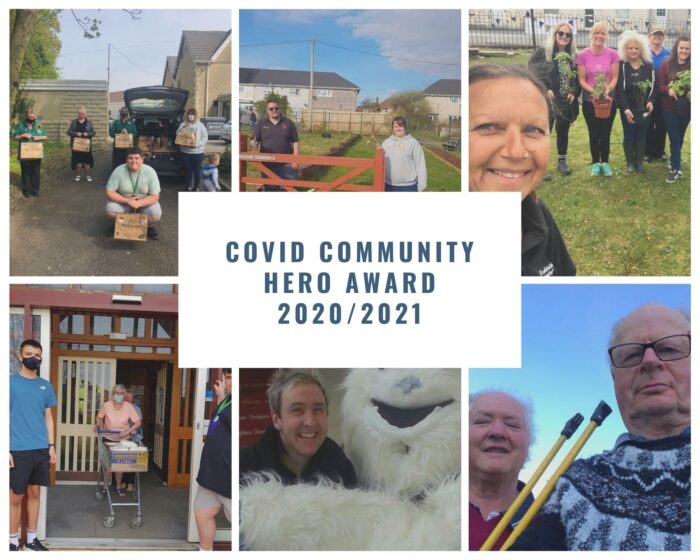 Last year’s Chairman, Cllr Sharen L Davies, launched a Covid Community Hero Award 2020/2021 to recognise those in our community who had gone over and above during the pandemic.

Cllr Davies said, “I’d been reduced to tears with the stories I’d heard about the fantastic voluntary work done within the Llanelli Rural Council area and beyond and felt I wanted to recognise those volunteers who had gone that extra mile.”

Cllr Davies went on to say “It was a very difficult decision to choose from such an array of entries, but I would like to take this opportunity to thank everyone for taking the time and for their nominations”.

Winner of Category One were: 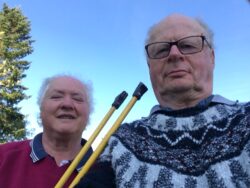 Ann and Bill Martin from Five Roads who received a £50 Marks and Spencer voucher and a certificate and were nominated because ‘Ann and Bill always work tirelessly for the benefit of their community in Five Roads and during lockdown have ensured that the area has been kept litter free and a pleasant place to live, and pass through, during these dark times by consistently walking the village with black bags collecting any litter that has been dropped on the pavement or on the road and in the hedgerow.  The efforts have been greatly appreciated my many of the local residents in Five Roads and further afield.’

Joint Winners of Category Two were: 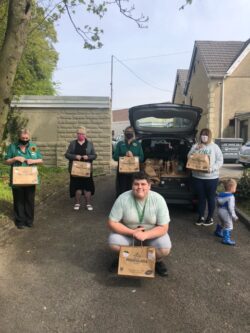 Tom Jones from Llanelli – ‘Tom has given all his free time to helping with the Llwynhendy/Pemberton Foodbank throughout the pandemic.  He’s been busy delivering food to families and collecting the food from various organisations in the area to keep the Foodbank stocked up.  He has also worked tirelessly to keep the high hygiene standards at the Foodbank.  Tom also helps out at the Dwyfor Growing Space when he can.’

Tom said ‘I am thrilled to have won a £20 Amazon voucher and certificate for doing something I’ve loved doing and will continue to do.  Thank you very much.’ 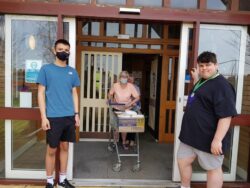 Rhys James a pupil at Bryn School, Llanelli was nominated as ‘He has given up his time with friends to help out at the Llwynhendy/Pemberton Foodbank and with other projects at the Llwynhendy/Pemberton Forum.  He is selfless and is prepared to go the extra mile to help anyone.  He dressed up as the Easter Bunny for children while delivering Easter Eggs.  Rhys has also been lending a hand at the Dwyfor Growing Space allotments.  Rhys has been making sure that his studies do not slip as a result of all his volunteering.  This experience has increased Rhys’ confidence.’

Rhys said ‘I am thrilled with the £20 Amazon voucher and certificate and will continue to volunteer.’

Also nominated, each receiving a certificate and ten time credits, were 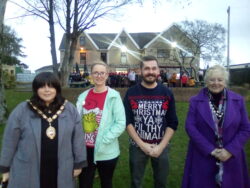 Cllr Jason Hart  as ‘He has been working hard for his community throughout lockdown without a care for his own safety.  Cllr Hart has delivered food and hot meals to the vulnerable in the community.  He goes above and beyond for his community on a daily basis.’

Jason said, ‘I’m shocked and overwhelmed and did not know I’d been nominated.’

Claire Louise Belton ‘Claire has constantly been there to support us during lockdown, as I am shielding her support has been priceless.’

Claire said “Well just wow!!! I’m for once speechless. My partner and I volunteered at the local foodbank during the first wave after my partner becoming very ill and having to rely on said food bank and we just wanted to give a little back.  It grew, we made friends in our community and helped and still do, Covid taught us many things but the best outcome is our heart of the community here. I’m overwhelmed this is lovely!  Thank you so much.” 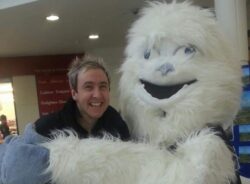 Paul Francis – Anyone Waiting ‘Paul has worked so hard helping people and the community and the NHS.  He had to vacate his premises at short notice for it to be converted into a field hospital and he found new premises and kept his staff in employment as well as volunteering to cater for the field hospital.  Paul is a rock and always puts a smile of a person’s face.  He has also been working hard to keep Llanelli Pride alive and well.’

Paul said, ‘I’m delighted to be nominated and have just kept on doing my bit for our community and to have recognition also is a definite bonus.’ 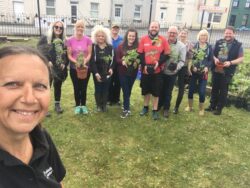 Marie Turke – Incredible Edible Carmarthenshire ‘Marie has delivered a food bank scheme, planting and eating scheme, planted orchard for the future.   She supports so many people and organisations with a smile and treats everyone with equality and dignity.’

Marie said ‘thank you so much.  I really didn’t expect it.’ 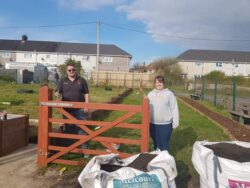 Louise Jones – ‘Louise has given up her free time to help others via her volunteering work at the Llwynhendy/Pemberton Foodbank.’

Louise said ‘I’ve been super busy recently and am delighted with the nomination.’