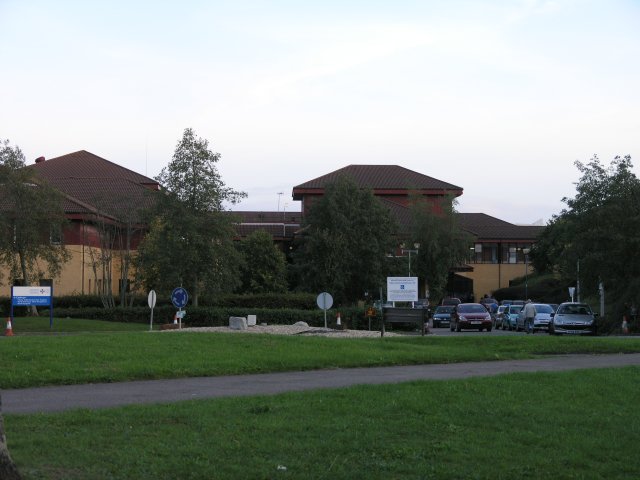 That’s the defiant message aimed at Hywel Dda University Health Board officials from Llanelli Rural Councillors, who are ready to do whatever is legally necessary to safeguard and retain the existing suite of clinical services at Prince Philip Hospital.  The Council is determined in its quest to prevent the downgrading of the hospital to a community hospital.

Up until now the Council has taken a watching brief over affairs associated with the Health Board’s 12 week public consultation – ‘Hywel Dda – Our Big NHS Change’.  However, in anticipation of the Health Board’s extraordinary meeting due to be held and webcast from Carmarthenshire County Council’s Chambers on Wednesday 26 September, where a future health service model will be discussed for the region; Llanelli Rural Council has already begun preparing contingency plans to robustly challenge any model which does not support the retention of Prince Philip Hospital as a Local General Hospital.

Council Leader, Councillor Tegwen Devichand commented “the Council has considered various options depending on the direction of travel to be taken by the Health Board but they should have no doubt; the Council is ready to act.

“We recognise that other stakeholders are also ready to challenge the Health Board so first and foremost the Council expresses its appreciation and thanks for the passion demonstrated by the public and also the local lobby group SOSPPAN which the Council has supported in gathering signatures for the petition recently submitted to Welsh Government officials at The Senedd in Cardiff.

“The Council has been here before back in 2012, when former Health Board officials attempted to remove A&E services from Prince Philip.  Had it not been for the solidarity demonstrated by the local community in taking the fight to the Health Board in the aftermath of proposals advocated in its previous public consultation on health services – ‘Your Health, Your Future’ then quite simply we wouldn’t have the current Front of House arrangements and Acute Medical Assessment Unit we rely on today at the hospital.

“The local lobbying and subsequent engagement with the former Health Board culminated in the autumn of 2015 with Prince Philip Hospital, Llanelli receiving £1.4million investment to improve services for people needing emergency medical and other unscheduled care.

“At the time doctors and clinical staff, working alongside community representatives, including Hywel Dda Community Health Council, Llanelli Rural Council and lobby groups such as the Committee for Improving Hospital Services CIHS/SOSPPAN; were delighted with the outcome.

“The Front of House project focussed on six different areas of care – substance misuse, frailty, mental health, acute medicine, minor illnesses and minor injuries.  The aim was to ensure that people came into the hospital and saw the best person to provide them with definitive treatment as quickly as possible so I can’t understand why the Health Board is contemplating changing these arrangements.  It doesn’t make sense when you consider the large population base the hospital serves.  Furthermore, leading medical clinicians expressed the view at the time that the creation of a new ‘front of house’ would provide direct admission to the Acute Medical Assessment unit when patients were referred by a GP or arrive by ambulance.  This has led to the delivery of improvements to unscheduled care by reducing assessment times and allowing quicker access to a senior consultant for the sickest of patients.

“The Front of House project has proved to be a success and has been showcased as an exemplar model for other Health Boards and hospitals throughout Wales to follow.  To propose Prince Philip should be subjected to the scaling down of clinical services in the wake of what has been put in place at the hospital is totally unacceptable and doesn’t stack up financially bearing in mind the large amount of capital investment injected into the hospital.

“Rest assured, the public can expect the Council to do everything in its power to look after their interests by safeguarding services at Prince Philip.  We will do this directly and through working with other community stakeholders if and when it is appropriate to do so.  Prince Philip must retain its status as a Local General Hospital.”