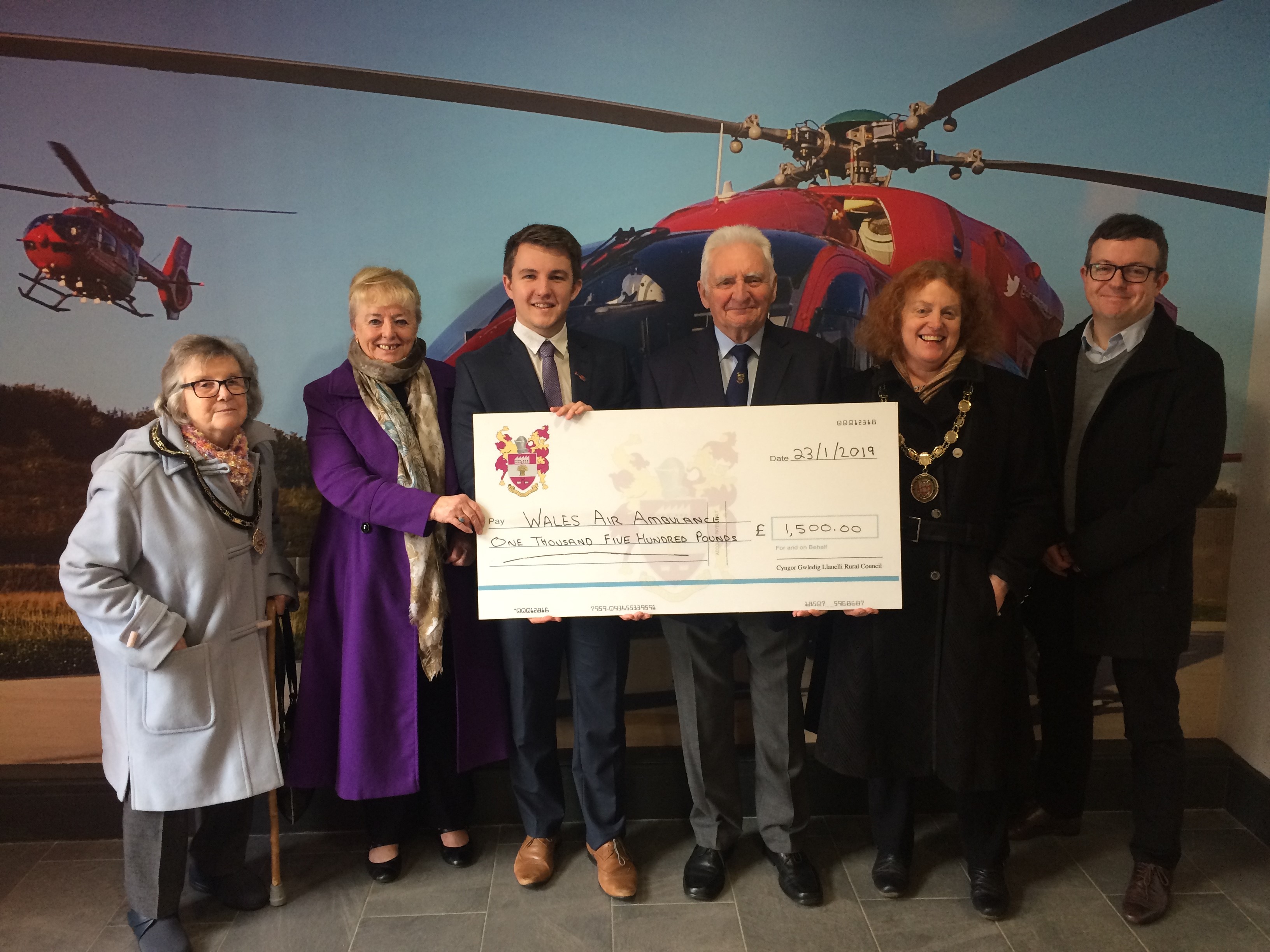 Wales Air Ambulance airbase staff and volunteers gave the members an informative presentation on the work done by the charity. The Dafen airbase, which covers South Wales, is one of four airbases in Wales and this coverage means that an air ambulance is only 20 minutes away.  The air ambulance is kitted out with state of the art equipment which effectively takes an accident and emergency department of the hospital to the scene of an accident. The charity solely relies on fundraising and had over 3,000 missions in 2018, which was their busiest year on record.

The Wales Air Ambulance is dedicated to serving people in Wales.  They are on standby every single day of the year, ready to help anyone during their most difficult hour.  The Children’s Wales Air Ambulance is a specialist division of the charity as the youngest patients need a different range of treatments. This service provides expert care required for paediatric and neonatal patients who need air support.

Leader of Llanelli Rural Council, Cllr. Tegwen Devichand said “As a Council we like to financially assist worthwhile causes such as the Wales Air Ambulance which is situated in the Llanelli Rural area here in Dafen. It was a privilege to hear some of the stories today and gave us an insight into the amazing work done by the pilots and medics.”